CIM celebrated the tenure of Richard J. Hipple, who completed his term as chair of the Board of Trustees, at its September 23 annual meeting – virtually attended by over 100 Trustees, Governing and Voting Members, faculty, staff and students.

In a powerful look at the past five years, students, faculty, alumni, staff and Trustees reflected on ten of the most significant accomplishments of Hipple’s tenure, demonstrating the impact that these key initiatives have already had, and will have, for decades to come. Among many other achievements, Hipple’s leadership empowered CIM to:

“I first met Dick Hipple in 2016 when I was fortunate enough to join him for a long, lingering dinner during one of my interviews,” said President & CEO Paul W. Hogle. “I learned three key things that evening. First, Dick believes in CIM exceptionalism – our students, our faculty, the Institute’s remarkable past and limitless future potential. Second, Dick has a pragmatic, engineer’s mind that brilliantly sees structures that aren’t apparent to the layperson, knows how to design under constraints, and understands trade-offs – perfect attributes for CIM at this time in its history. Finally, at dinner and every day since, I admired Dick’s capacity to be selflessly, joyfully generous. Every time CIM had a philanthropic need, Dick Hipple set the pace. This is leadership and this is the Dick Hipple I have been privileged to know.” 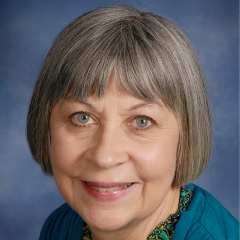 Susan A. Rothmann, PhD, accepting the baton from Hipple, was unanimously elected by the Trustees as the new Board chair. Rothmann was first elected to the Board in May 1986, is immediate past chair of the development and centennial committees and has contributed to the work of the marketing and academic affairs committees, among others. She is the Institute's first female Board chair since the legendary Barbara Robinson chaired the CIM Board from 1987 to 1991.

“Dick Hipple is a tough act to follow,” said Rothmann. “When he invited me to consider taking on this role, I immediately recognized that carrying on his leadership is an incredibly daunting task. CIM has undergone nothing short of transformation in the past five years, and I am energized to build on this foundation and partner with President Hogle to secure the future for CIM’s world-class students, alumni, faculty and staff.”

Susan’s stewardship echoes that of her late father, Dr. Bruce Rothmann, who famously served for nearly 20 years as chair of CIM’s development committee during one of the most consequential periods in the Conservatory's storied history, bringing the Annual Fund to the $1 million mark for the first time. Her leadership of the Board’s development committee resulted in gifts exceeding the $2 million mark, doubling the benchmark set by her father.

In Rothmann’s inaugural address as chair, she praised the Institute’s heroic efforts in response to the immediate threat of COVID-19, emphasized the need to remain focused on the serious work of CIM’s mission and the part the Board must play. “Let there be no mistake: CIM stands at a critical crossroad in its storied history. Never has there been more scrutiny of our outcomes by students, parents, accreditation agencies or the classical music world at large. We must demonstrate our resolve to the unrelenting pursuit of our mission to empower the world’s most talented classical music students to fulfill their dreams and artistic potential. That quest and those dreams, CIM students repeatedly and passionately tell us, are to become professional classical musicians.”

Read the full release, including the results of Trustee elections and many accomplishments of CIM’s students, faculty and alumni.