When Jason Vieaux walked the red carpet at this year’s Grammy Awards, he estimated he had about a five percent chance of winning; or, as he put it, his chances were “a little better than a roulette wheel.”

Vieaux is head of the guitar department at CIM and performs and teaches around the world. He’s been featured at every major guitar series in North America and many abroad; he’s soloed with nearly 100 orchestras, including Cleveland, Houston, Toronto and San Diego; he’s recorded 12 albums; and in 2014, his recording “Zapateado” was named one of NPR’s 50 favorite songs of the year. When Vieaux received that accolade he said, “it may be the only time I'm on a list with Beyoncé, Pharrell and Jack White.” Then 2015 came along, and with it, a new list.

“Just happy to be nominated”

First came the nomination, in early December. “I was taking a nap in Melbourne, Florida,” Vieaux remembers. “I was getting ready for a concert with the Escher Quartet for the chamber music society there, and I woke up to all these texts and Twitter notifications on my phone. At first I thought something bad had happened!” But soon the realization began to sink in. “We weren’t really expecting it because we’d submitted so many times before. By that point I had kind given up on the Grammys. So it was a real, very pleasant shock.” The shock, of course, was that Vieaux’s album Play on the Azica Records label, was just nominated for a Grammy for Best Classical Instrumental Solo. “When I saw who all

the other nominees were, I thought, ‘OK, we’ll enjoy the nomination.’ It was my first time so we were just happy to be nominated.”

Fast-forward to February and Vieaux is on the red carpet at the 57th Annual Grammy Awards in Los Angeles. “I wasn’t really nervous about it,” says Vieaux. “We were just going for the experience to walk the red carpet and to take it all in. It was a very different experience from the relatively unglamorous life of touring classical musicians!” Then the categories were read, and winner after winner stepped onto the stage, thanking their friends and families. “And now, Category 78, best solo instrumental classical,” boomed the announcer. “That’s when I became, sort of, focused,” Vieaux says. “When they said Play, it was just like a shot of adrenaline. I think I ran up to the stage!”

Vieaux, more than anything in that moment, he felt an immense amount of gratitude. He muses about his predictions of having a slim chance of winning, but in the end it’s really not left up to chance. “It really just comes down to votes,” says Vieaux. “It meant that all the members of the academy, comprising some 13,000 artists, gave it the most votes.” 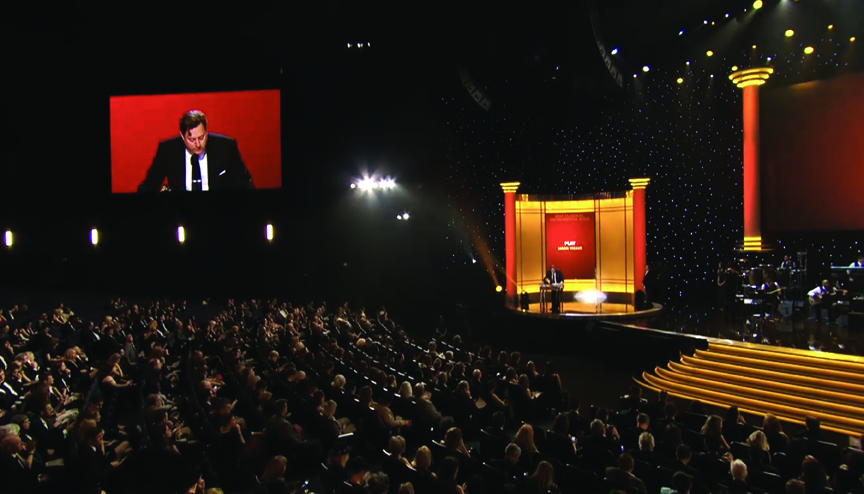 A Classical Musician from the Start

Vieaux was given his first guitar at the age of five. His mother bought it for him after he raided his parents’ record collection filled with R&B, soul and modern jazz music. But despite this early exposure to iconic guitarists whose images were splashed across their album covers, Vieaux began taking classical music lessons on the guitar. It was after the Buffalo Guitar Quartet visited his school when he was seven years old that Vieaux’s classical training began. “They were doing an outreach program at my school and my mother asked Jeremy Sparks, one of the founding members of the Quartet, if he would come out to our house and give private lessons,” explains Vieaux. “My lessons on the guitar actually started out as classical music. I came to know classical music through the guitar repertoire: nineteenth-century guitar repertoire, exercises, études, studies and that kind of thing. That was where I started.”

Vieaux began playing recitals throughout the area and by the time he graduated high school, his mind was made up: he would go to CIM and study with John Holmquist. Holmquist had won the biggest competition back in the ’80s: the Guitar International Competition in Toronto. “They only had the competition once every three years and there weren’t that many winners,” explains Vieaux. “After I auditioned at CIM I didn’t want to go anywhere else. It was great. And I won the GFA [Guitar Foundation of America competition] my junior year, which was unexpected.”

From Cutter to the Carpet

A great teacher and international competition wins weren’t all that CIM afforded Vieaux; it also gave him a roommate who would be with him on the red carpet of the Grammys nearly 25 years later. Alan Bise, CIM alumnus and the school’s current director of Recording Arts and Services, is also the classical producer for (the now Grammy-winning) Azica records and has been working with Vieaux for about 15 years.

“Alan and I were roommates our freshman year, in the dorm,” says Vieaux. “It’s a great example of how professional partnerships can start here. It’s something we’re always telling our students. We’re always telling them, ‘be cool!’ because you never know!” But that’s not all. Bruce Egre, the president and chief recording engineer of Azica Records, is also a CIM alumnus who knew Vieaux and Bise at school. Today, he’s the head of the Audio Recording degree program at CIM. In short, Play is a true CIM collaboration.

Life as a Grammy-Winning Artist

“My life was always very busy and crazy,” says Vieaux of the changes in his life now that he dons the “Grammy-winning artist” title. “I’m still performing every week in a different city, but instead of doing one interview per city, I’m doing maybe two or three.” Vieaux will still

travel and play with passion and enthusiasm everywhere he goes. He’ll continue to record, collaborate and teach. For Vieaux, “if the word Grammy can draw another guitar enthusiast or non-classical music listener to listen to my Bach album and experience one of the great geniuses of western thought, then that’s really what it’s all about.”