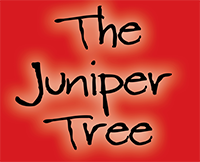 The Juniper Tree is based on one of the Brothers Grimm’s darkest, most mature tales, taking the idea of the "evil stepmother" to the extreme! A boy is murdered by his jealous stepmother and then fed in a stew to his unsuspecting father. The boy’s half-sister buries the bones under a juniper tree, after which the boy is transformed into a bird and exacts revenge on his stepmother. The boy is magically restored to his human form, and the family lives happily ever after.

Philip Glass and Robert Moran composed music in alternating scenes for their 1984 opera, which is at once shocking, horrifying, beautiful, tuneful and uplifting.

This event is funded in part by a grant from the John P. Murphy Foundation.