Carl Topilow, conductor of the CIM Orchestra and head of orchestral conducting, retires from the Cleveland Institute of Music at the conclusion of the 2018-19 academic year. On the occasion of his final concert with the Orchestra on April 11, we asked him to reflect on his 37 years at the Institute. 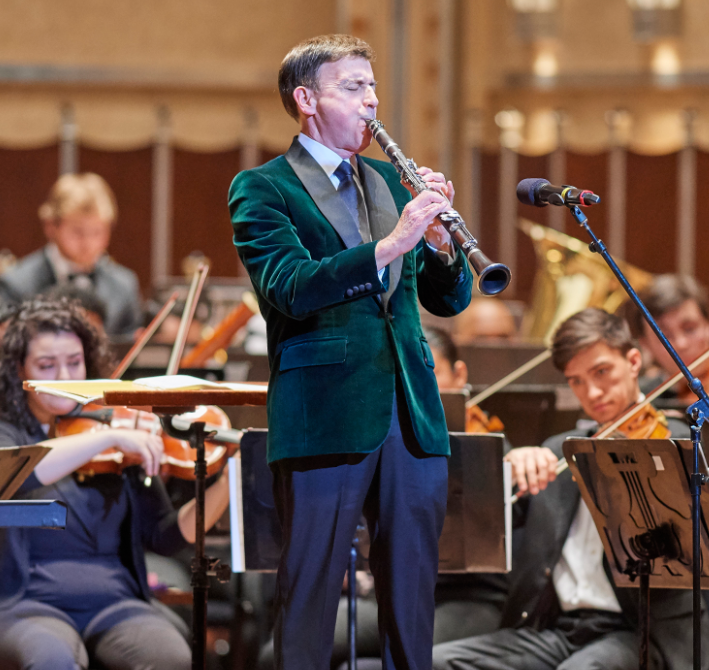 CIM: What are you most proud of from your time at CIM?

Carl Topilow: I’m most proud of the opportunity to have been an influence to so many of my students’ lives. I started the masters program in orchestral conducting in 1985, and have enjoyed seeing many of my former students go on to significant careers.

CIM: Tell us about your first concert at CIM.

Topilow: My first concert at CIM included the Dvořák Symphony No. 6, which we’re performing tonight on my last concert. The concert also included the late Eunice Podis, the great pianist who was a CIM faculty member and a legend in the Cleveland community. It was indeed an honor to perform the Tchaikovsky Piano Concerto with her.

CIM: What was the most challenging piece or concert you conducted at CIM?

Topilow: Every concert that I conduct is a challenge. Just the idea of standing in front of a group of talented young musicians in order to bring a positive and meaningful experience to each one is a constant challenge and inspiration.

CIM: What was the most memorable piece or concert you conducted at CIM?

Topilow: It’s difficult to single out any specific concert, but I remember conducting The Magic Flute with the CIM Opera Department with my daughter Jenny, who was a CIM freshman, playing in the orchestra. She’s been a violinist with the Charlotte Symphony since 2004.

CIM: What was your favorite piece or concert you conducted at CIM?

Topilow: Some of my memorable experiences include conducting Verdi’s Falstaff, the Elgar Violin Concerto with Christine Wu, the Barber Piano Concerto with Jeanette Aufiero, Mahler Symphony No. 2 at Severance Hall, just to name a very few.

It’s been a wonderful 37 years. It was the CIM position that brought me to Cleveland, and I’ve had the opportunity to take advantage of the fantastic cultural opportunities that our city and region have to offer. I wish to thank my brilliant and supportive colleagues as they continue to bring the unique learning environment that makes CIM so special.