CIM sells out final performances of 'The Magic Flute,' Nov. 8 & 9

The Magic Flute by W.A. Mozart appears at the start to be your typical, sweet fairy tale as we follow our heroes--Prince Tamino, and his love-starved feathered friend, Papageno--on a quest to save Pamina, the daughter of the Queen of the Night, from a sly villain. But...all is not as it seems. 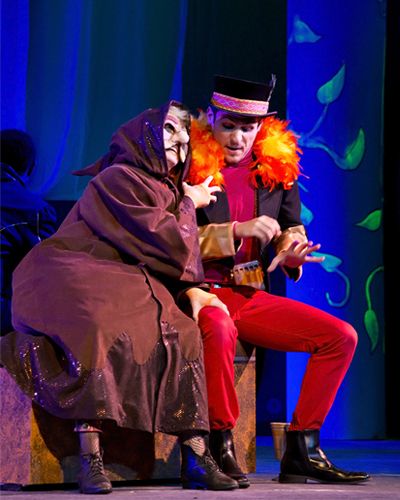 The wonderful talents of CIM’s opera singers and the CIM Orchestra led by Harry Davidson drive the production. Dave Brooks’ simple but creative sets and Alison Garrigan’s costumes feature "found objects" our characters happen upon, reflecting a different era than Mozart's original while retaining the whimsy of colorful characters like Papageno.

Combined with Mozart’s irresistible music, these elements come together in a production that will delight audience members of all ages.

As is customary with a CIM Opera Theater production, The Magic Flute (Die Zauberflöte) is sung in its original language--in this case German. But fear not gentle audience, the production includes projected English text as well as English dialogue, so you won’t miss out on the serious nor the comical moments that lead to the fairy tale ending!

This production, which opens November 6 at 7:30pm and runs through November 9, is double-cast (Wednesday/Friday and Thursday/Saturday) with the familiar faces and voices of returning students in some of the primary roles as well as introducing new voice students to the Kulas Hall stage and to appreciative Cleveland audiences. 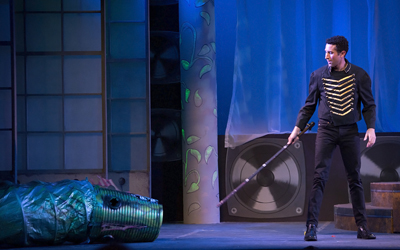 Read more about CIM's unique take on The Magic Flute

in an interview with the director on ClevelandClassical.

UPDATE: CIM sold out the Friday and Saturday performances of Mozart's The Magic Flute.