Bach, Beethoven, Mozart and Chopin, names synonymous with classical music, never fail to top lists of the greatest composers of all time. Modern musical masters are emerging to build the next great repertoire and, during CIM’s 2013-14 Mixon Hall Masters Series, we are featuring the work of this new generation beginning with Russian-born pianist and composer Lera Auerbach on Tuesday, September 17. 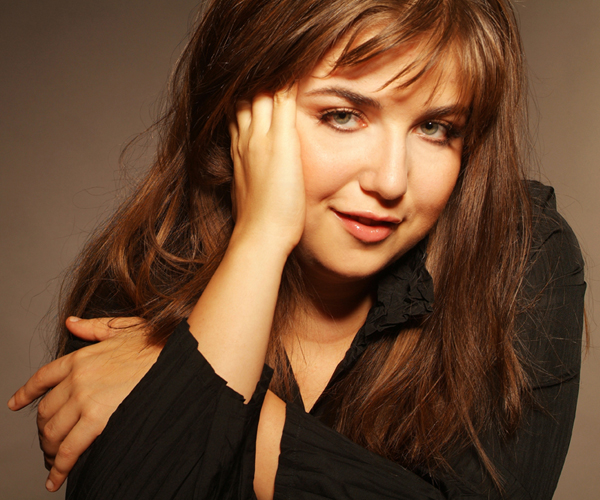 Auerbach composes new works for solo and ensemble performances, symphony and ballet—including recent work “The Little Mermaid,” which received the 2012 ECHO Klassik award. Collaborations range from staging her works with the National Ballet of China in Beijing and the Netherlands Dance Theatre to duos with violist Kim Kashkashian, cellist Alisa Weilerstein and legendary violinist Gidon Kremer—to name just a few. In 2011, she premiered a full-scale opera, “Gogol,” to critical acclaim. Commissioned by Vienna’s Theater an der Wein, it is based on a play that Auerbach also wrote.

Titled Return of the Composer/Virtuoso, this year’s Mixon Hall Masters Series focuses on this new generation of culturally informed composers who, like their legendary predecessors, are making music that is relevant to and connecting with the communities in which they live.

The series includes pianist Gabriela Montero (January 23) and vocalist/composer Meredith Monk (February 21) as well as a concert by the O’Connor String Quartet co-presented with the Cleveland Museum of Art, featuring violinist/composer Mark O’Connor (October 30). All artists in the Mixon Hall Masters Series participate in master classes, coaching CIM students. Auerbach’s master class will take place the day after her recital at 1:30pm. These educational events are free and open to the public.

Tickets are on sale now for the Lera Auerbach performance, September 17, and for the entire series and can be purchased by calling the CIM Box Office at 216.795.3211 weekdays from 10am to 3pm.