Comprising violinists Mason Yu and Erica Tursi, violist Jinsun Hong and cellist Alex Cox, the Omer Quartet is a leader among today’s young string quartets. The top prizewinner in the XI Premio Paolo Borciani Competition in Italy, a prizewinner of the 2016 Bordeaux International Competition in France and the 2013 Grand Prize and Gold Medal Winner of the Fischoff National Chamber Music Competition, the quartet has been praised for playing with a “sense of discovery and adventure, but also with considerable finesse.” 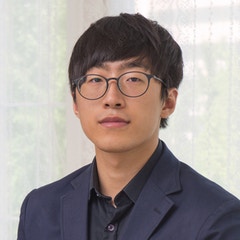 Pianist Do-Hyun Kim attended the Seoul Arts High School for 3 years, where he could develop his musical background along with academic excellence. In 2013, he transferred to CIM from Seoul National University. He has won numerous awards in Korea, including the Korean National Chopin Piano Competition, Samick Piano Competition and Kukmin Daily Piano Competition. In the spring of 2014, he performed as soloist with the CIM Orchestra. He was a fellow of the 2014 Gilmore Keyboard Festival in Kalamazoo, Michigan.

Young Concert Artists is a non-profit organization founded in 1961 and dedicated to discovering and launching the careers of exceptional, but unknown, young musicians from around the world. The winners of the annual auditions receive debut recitals in New York City and Washington, DC, as well as management services.