Today CIM alumnus Thomas Moore is principal oboist for the Cleveland Pops Orchestra, though it's just one in a list of impressive positions on his resume, which also includes four Grammy Award wins. Not bad considering he chose the instrument almost by default, since his sisters had chosen the flute and clarinet and his parents had "banned" any brass from the house.

Moore, who earned a bachelor's and master's degree in music performance at CIM, indicated that job offers came swiftly following graduation. As a result, he has played with orchestras through the Mid-West including the Ohio Chamber Orchestra, the Ohio Ballet Orchestra, the Cleveland Opera Orchestra, Erie Philharmonic and the Akron and Canton orchestras. He's also performed as a soloist with the Harrisburg Symphony, Colorado Philharmonic and Cleveland's Trinity Cathedral Chamber Orchestra. 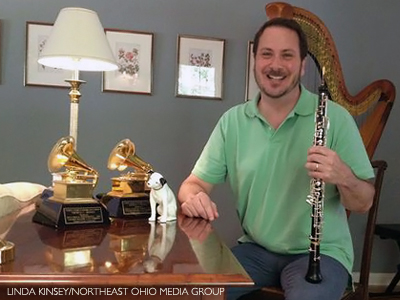 He's been with the Cleveland Pops since the beginning (19 years ago) and admires their director Carl Topilow, another member of the CIM family. Moore says that he's really grown under Topilow's leadership.

Read more about the education, professional life and passion of this successful CIM alumnus by visiting Cleveland.com.