Hopefuls Flock to Cleveland by the Hundreds for Auditions

He writes, in part:

Hundreds of aspiring performers around the country and world are breathing easier today, having completed their auditions at the Cleveland Institute of Music.

The culmination of the audition process came last Sunday…when 200 young artists and their families packed the building for a day of performing, test-taking, and learning about the school.

The vibe that day was like no other. Everyone, especially the staff and student volunteers, was friendly. Even the teachers hearing auditions were as kind and cordial as could be. The school served doughnuts and coffee in the morning and the school’s women’s committee catered lunch. 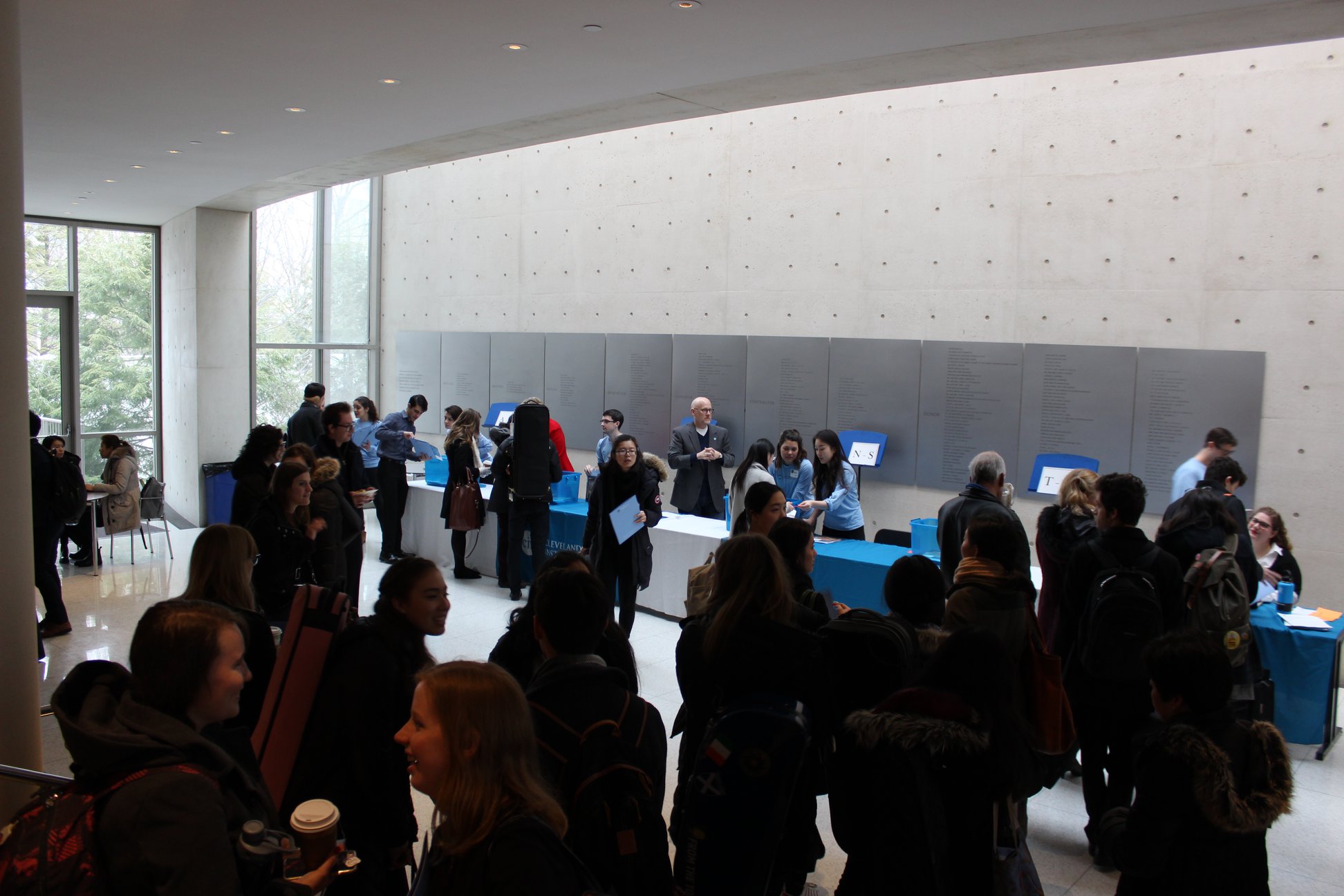 But beneath it all was a tension more acute than mere pre-concert jitters. This wasn’t stage fright. This was the anxiety of futures hanging in the balance. Tinged with every request for directions or help finding a practice room was a hint of mild desperation.

The auditions themselves are surprisingly straightforward. Although much rides on them, the actual performances are quite brief. Some auditions entail questions and answers. Others are almost entirely non-verbal.

Vocalists Sunday morning sang two or three pieces each, supported by a staff accompanist. They then came down from the stage and spent several minutes in conversation with the panel, answering questions from teachers and asking questions of their own. The level Williams described was evident in performances of startlingly high caliber.

Pianists, meanwhile, did nothing but play. Like contestants in the Cleveland International Piano Competition, they appeared on stage at Mixon Hall, performed a variety of short pieces (or excerpts), and left. Organists, by contrast, spent whole hours performing and meeting with the department chair.

Not everyone, [President Paul Hogle] said, will end up enrolling at CIM, but the simple fact that they made it to audition day already spoke volumes. “To get this far,” he said, “is an amazing achievement.”