“This roster of brilliant, important conductors continues a CIM tradition of bringing in artists who come from diverse backgrounds, experiences and pedagogical methods which will make for an engaging and exciting year of music-making,” said Paul W. Hogle, CIM president and CEO. “Each one of these artists will create meaningful experiences for our students in what is shaping up to be a remarkably accomplished incoming class in fall 2019. Next season, we’re featuring two chamber orchestra concerts, one led by visiting chamber music faculty Todd Phillips from the concertmaster’s seat, and one by violin faculty Jaime Laredo, who will both perform as a soloist and conduct the ensemble.” 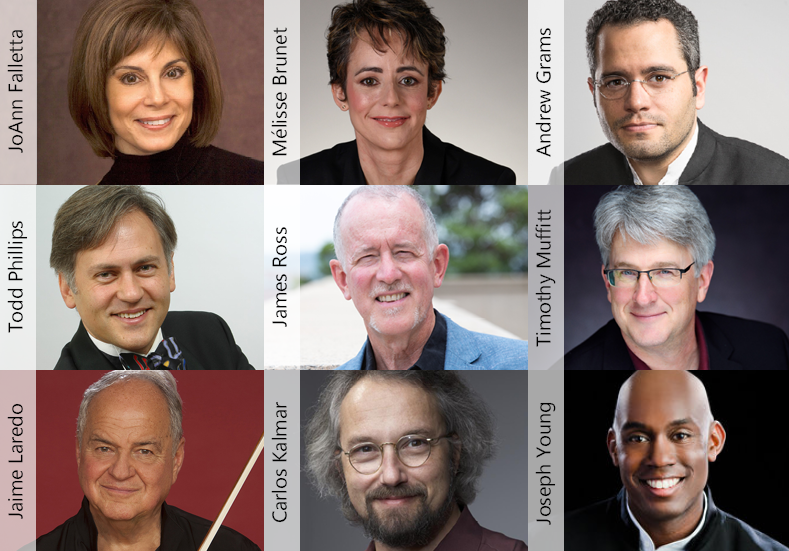 The nine esteemed conductors, in order of appearance are:

“Varied and multifaceted, our guest conductors next season will raise the level of the ensemble as well as the students’ individual performances. They truly embody artistic excellence and a passion for music and teaching,” said Dr. Judy A. Bundra, chief academic officer and dean of the conservatory at CIM. “Each year we offer our students the opportunity to work with some of today’s superb conducting talents. Welcoming this extraordinary lineup of conductors to CIM reinforces our reputation as an exceptional training ground for orchestral players. Each brings a fresh perspective and musical voice that will challenge and inspire our students to become the world’s most talented and successful classical musicians.”

The conductors' appearances are made possible by the Kulas Visiting Artist Series funded by the Kulas Foundation.

All concerts are free and open to the public; programs and ticket information will be announced at a later date.