Cleveland Institute of Music Orchestra members had a reason to be thankful on Tuesday, November 26, when world-renowned conductor Marin Alsop was able to take time out of her busy schedule to work with them at a rehearsal in CIM's Kulas Hall.

Maestra Alsop, who was in town to conduct the Orchestra, joined the students during a rehearsal of Dvorak's Symphony No. 9. She quickly developed a rapport with the student musicians, even making a few jokes--helping the students relax.

CIM regularly welcomes guest musicians, instructors and conductors for master classes, symposiums, orchestra rehearsals and/or performances. Working with these amazingly talent individuals is an invaluable experience for our students. 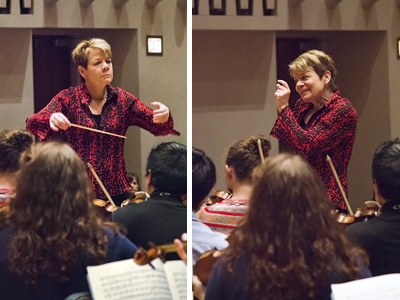 Students, including those in our conducting program, who were not involved directly in the rehearsal were able to observe the conductor at work and their fellow students playing under her masterful baton. 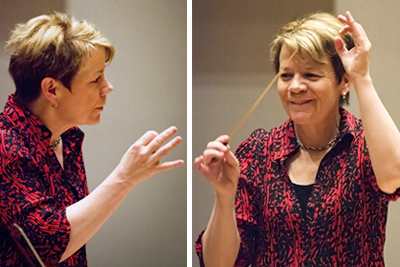 Other conductors who have visited CIM in recent years to work with our Orchestra in rehearsal or as guest conducts in a performance have included Alan Gilbert, Giancarlo Guerrero, Jeffrey Kahane, Kimbo Ishii-Eto, Theodore Kuchar and Steven Smith.