Peter Sellars and Susan McClary to Speak at CIM Commencement

Ground-breaking opera stage director Peter Sellars and iconic musicologist Susan McClary will address graduates at the Cleveland Institute of Music’s 96th Commencement Ceremony on Wednesday, June 2, at 7pm EDT. The school will confer Honorary Doctorates upon them at that time. Sellars and McClary both received MacArthur Foundation Fellowships – the so-called “genius grants” – for their visionary work at the intersection of music and humanity.

During Honors Convocation on Tuesday, June 1, at 7pm EDT, CIM will honor Melissa Kraut, co-head of cello at CIM and co-founder of the Sitka Cello Seminar, with its Distinguished Alumni Award, which honors alumni who have attained the highest stature in their field. The school will present Titus Underwood, principal oboe of the Nashville Symphony Orchestra and 2021 Sphinx Medal of Excellence recipient, with its Alumni Achievement Award, which recognizes significant professional contributions to the field. Both will address graduates, students and community members at the annual celebration.

“As we send our graduates out to be the future of classical music, this is an opportunity to inspire and challenge their ideas of ‘future’ one last time – with a provocative discussion of the intersection between music and humanity, past and present – with Peter Sellars and Susan McClary, two of the foremost thinkers on the subject,” said CIM President & CEO Paul W. Hogle. “They are certain to shine a light on music’s future in an electrifying, compelling and revelatory way.”

He continued: “We are also honored to recognize Melissa Kraut and Titus Underwood, two of our many accomplished alumni who exemplify the musicianship, mentorship and leadership that are the characteristics of a CIM education. Melissa is the stuff of CIM legend – truly deserving of the ‘distinguished’ moniker for her exemplary teaching and devoted mentorship, leading her graduates to important orchestra and chamber music careers around the world. Titus is already a star, continuing the late John Mack’s legacy of performance excellence. Everyone at CIM was thrilled when Titus was named principal oboe of the Nashville Symphony in 2019, after serving as interim principal for two years.”

Graduates will walk in the live, in-person Commencement celebration in Kulas Hall, and attendance at Honors Convocation is by invitation only. Family members, friends and the community are invited to participate in the live streams of both events, which will be available via cim.edu.

CIM has awarded more than 90 honorary doctorates since 1965 when the practice began. Recipients are recommended by the faculty and the honor is granted by CIM’s Board of Trustees. Among the musical luminaries to receive this distinction are conductors Christoph von Dohnányi, Kurt Masur, Michael Tilson Thomas and Franz Welser-Möst; composers Donald Erb, Pierre Boulez and Malcolm Arnold; violinists Josef Gingold, Itzhak Perlman and Robert Mann; harpist Ann Hobson Pilot; vocalists Frederica von Stade and Tony Bennett; and pianists Van Cliburn and Leon Fleisher. 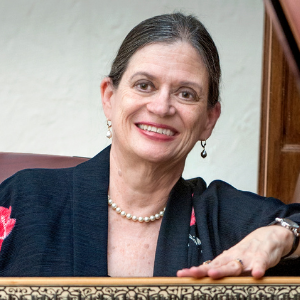 Susan McClary, PhD, is the Fynette H. Kulas Professor of Music and Head of Musicology at Case Western Reserve University. Her research focuses on the cultural criticism of music, both the European canon and contemporary popular genres. In contrast with an aesthetic tradition that treats music as ineffable and transcendent, her work engages with the signifying dimensions of musical procedures and deals with this elusive medium as a set of social practices. She is best known for her book Feminine Endings: Music, Gender and Sexuality (1991), which examines cultural constructions of gender, sexuality and the body in various musical repertories, ranging from early seventeenth-century opera to the songs of Madonna.

McClary is also author of books including Georges Bizet: Carmen (1992), Modal Subjectivities: Renaissance Self-Fashioning in the Italian Madrigal (2004), Desire and Pleasure in Seventeenth-Century Music (2012) and The Passions of Peter Sellars: Staging the Music (2019); co-editor of Music and Society: The Politics of Composition, Performance and Reception (1987); and editor of Structures of Feeling in Seventeenth-Century Expressive Culture (2012).

Before arriving at CWRU in 2011, McClary taught at the University of Minnesota, McGill University, University of California, Berkeley, and UCLA. She received a MacArthur Foundation Fellowship in 1995. 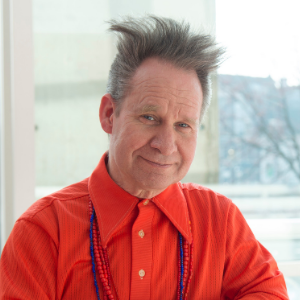 MacArthur Fellow Peter Sellars is a distinguished professor in the UCLA Department of World Arts and Cultures/Dance, where he has taught since 1988. As an opera stage director, professor and thought leader, he is known for exploring challenging moral issues such as race, war, poverty and the international refugee crisis through his work. Sellars has gained international renown for his groundbreaking and transformative interpretations of artistic masterpieces and for collaborative projects with an extraordinary range of creative artists across three decades. 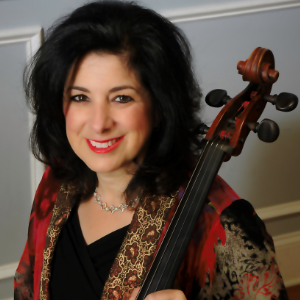 Co-head of the cello department at the Cleveland Institute of Music, Dr. Melissa Kraut is recognized as one of the leading pedagogues of her generation. Having developed and trained a generation of outstanding young musicians of today, Kraut has demonstrated a unique ability to help dedicated students reach their highest potential both at and away from the cello. Also an active performer, Kraut has led a diverse career on stage, with solo, chamber and orchestra performances throughout the United States and Europe.

In the summer of 2014, Kraut and famed cellist Zuill Bailey launched the Sitka Cello Seminar in Alaska, bringing elite cellists from all over the world to study under their guidance. In prior summers, she was on the faculty of several summer festivals including the Meadowmount School of Music; Interlochen Arts Camp, where she was also the Head of Strings; Lev Aronson Legacy Week and Heifetz International Music Institute.

Kraut earned her bachelor’s degree from the Cleveland Institute of Music in 1990, followed by advanced degrees from the University of Iowa and Northwestern University. 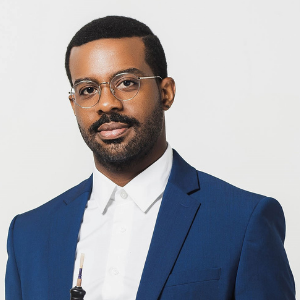 He earned his Bachelor of Music degree in 2008 at the Cleveland Institute of Music as a pupil of John Mack, legendary principal oboist of The Cleveland Orchestra. There he also studied with Frank Rosenwein (BM ’00, Mack) and Jeffrey Rathbun (MM ’83, Mack). He received his Master of Music from The Juilliard School, where he studied with Elaine Douvas (BM ’86, Mack), and additional studies with Nathan Hughes (BM ’98, Mack) and Pedro Diaz. In 2013, he received his artist diploma from The Colburn School.

Underwood has also played principal in Chineke!, Gateways Music Festival and Bellingham Festival of Music. He has been teaching music lessons and classes, and coaching chamber music since he was a student at CIM. He has taught in the Nashville Symphony’s Accelerando program since 2017, and he teaches and mentors for the National Alliance for Audition Support program maintained by the League of American Orchestras, The Sphinx Organization and New World Symphony.