A Puerto Rican in Cleveland: How My Life Led Me to CIM

CIM’s Newsroom will now include a student-led blog with posts covering a variety of topics, including the CIM admissions process, student life, and interviews with faculty, students and alumni. This is the first of many blog posts written by CIM professional studies violinist Hosanna Carella, who is currently studying with Jan Sloman and Jaime Laredo. She also received her bachelor’s and master’s degrees at CIM. Follow the CIM blog to learn from members of our community and to get an inside look into what it’s like to study in Cleveland at CIM! 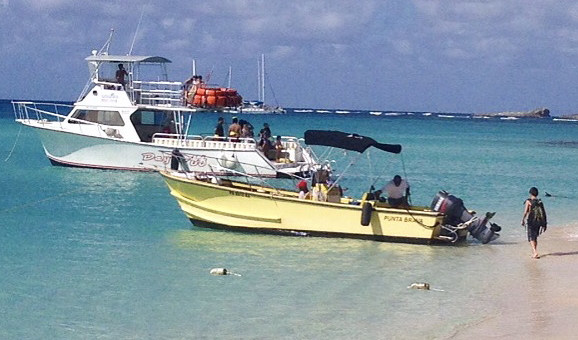 If you take out a map and look for the Caribbean Sea, you won’t find Captain Jack Sparrow, but instead you will see some tiny islands; one of them called Puerto Rico, my home. Now, you must be thinking, “what the heck are you doing in Cleveland if you’re from there? Why would you leave? It’s so pretty! And there is sun!” The answer is basically what I would write in a frantic school application essay, so I will try my best to not make this sound like one.

It all began at the age of 6 when my parents enrolled me in a Suzuki violin program, even though I had bugged my parents about starting lessons when I was at the age of 2 (why does no one listen to 2-year-olds?). Years of practice went by and one of my teachers told my mom that it was time that I took lessons from a teacher in the US. That gave my mother the brilliant idea to email a plethora of violin teachers about scheduling a trial lesson. Only one responded.

Little did I know that my mom’s email would be my first step to CIM. The person that answered was Dean Emeritus and Violin Professor of Juilliard Stephen Clapp.

Before I go on, let me do a quick reality check. I was in no way a prodigy; I played out of tune, I wasn't meticulous, I didn’t listen enough, etc. I wasn’t hopeless, but I wasn’t a lost cause. That aside, Stephen must have seen or heard something in my playing because he offered to take me as his student at the end of the lesson.

I received a grant to travel to New York and back for lessons. Stephen drilled discipline into me, would make me repeat things endlessly and taught me how to slide (he probably regretted that after a while).

Suddenly, it was my third year of high school and college talk began. I asked Stephen for teacher and school recommendations. After some discussion and reflection he said, “I think CIM would be a great fit for you.”

In the spring of my last year of high school, CIM was my last college audition. My dad and I were planning to drive from Indiana to Cleveland when we heard that a blizzard might be hitting Cleveland the weekend of my audition (surprise!). We debated whether we should make the drive or cancel my audition. Part of me wanted to cancel the audition and just be done with the whole horrid audition process, but something inside me urged me to go take the audition.

So, my dad and I drove from Bloomington all the way to Cleveland and not a single snowflake fell.

The day of my audition I got up around 6am (ouch!) with this strange sense of excitement. Once the time came, we drove to CIM for my audition. I still remember checking in for my audition and thinking, “Wow everyone is so chill and nice.”

A couple of minutes before my audition, I went to the audition room. What seemed like an eternity later (probably 3 minutes), Stephen Rose, head of the Violin department at CIM, opened the door and ushered me in. I said “Good Morning” as cheerfully as I could—something Stephen taught me to do for auditions—and I received the most cheerful replies from the violin faculty. They inquired as to how I was, where I was from, about my trip, and how Stephen was doing. My audition was supposed to be 10 minutes, and because of their kindness, it ended up being almost 20. It was then I knew CIM was different.

Finally, decision season arrived. I was trying to decide between three schools. I would go over all the options in my head, and what kept coming back to me was how welcomed and accepted I felt at CIM on audition day. As I looked at everything I wanted in a school—a supportive community, encouragement of personal growth, an acceptance of diversity, a love of collaboration (chamber music!), amongst so many other things—the only school that ticked off all those boxes was CIM.

CIM has taught me so much and has surrounded me with so many wonderful people who have been by my side through the good times and bad. I have encountered the most wonderful musicians and teachers, incredibly powerful and driven women musicians, beautiful acoustics at Severance Hall, and most importantly, hope for the future.