Whether you're researching CIM's conservatory or ready to apply, we're here to support you. Connect with Admissions today! 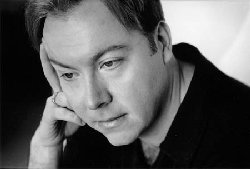 Composer and head of the CIM composition department Keith Fitch will be in New York City for the League of Composers ISCM season finale concert June 17, at which his League-commissioned work In Memory (2013) will have its world premiere.

In addition to Fitch’s new composition, the following works will be performed:

The League of Composers/ISCM seeks to have "new music" (20th and 21st century) play a more prominent role and obtain a more appreciated place in the lives of the concert music-loving public. The League's mission is to engage audiences by presenting performances of new music of the highest caliber written by emerging and established living composers in the context of 20th and 21st century masterpieces.

For more information or to purchase tickets, visit leagueofcomposers.org.