The enterprising spirit that has characterized opera for 400 years is alive and well at the Cleveland Institute of Music.

Case in point: the school’s new film of Purcell’s Dido and Aeneas. At 7:30pm Friday, March 18, CIM will screen at Mixon Hall a production that demanded exceptional daring across the board and pushed the art form at CIM into exciting new territory. The screening will also feature a panel discussion with the creative team and select cast members.

“It was a big project, and I think it taught our students a lot,” said Dean Southern, dean of the conservatory and director of opera theater at CIM. “It’s something we can all be proud of.” 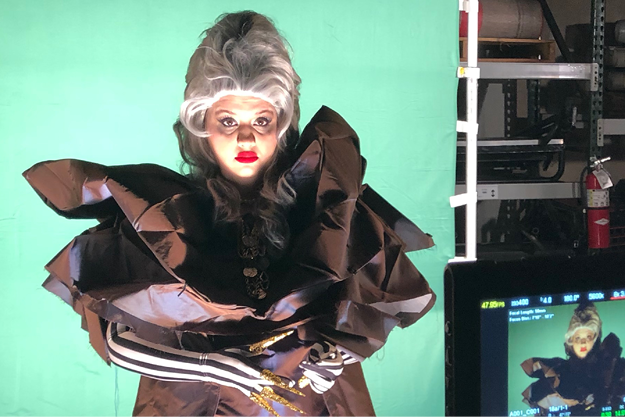 Work on the project began in spring 2021, before vaccines were widely available. Seeking a creative and safe way to engage opera students and build on its acclaimed 2019 video production of Philip Glass’ The Juniper Tree, CIM opted to make a cinematic version of Purcell’s 1680s masterpiece and partnered on direction with Akron-based Red Point Digital to develop and produce the film.

Much of the film was shot outdoors last summer, at the former Westinghouse Factory in Ohio City. All performers, including a student chorus and the CIM Orchestra under Harry Davidson, recorded their parts in advance. The cast then acted out the scenes on set in synchronization with a composite recording painstakingly compiled by Alan Bise, CIM’s Grammy Award-winning director of recording arts and services.

“Students could really go to deeper emotional places without having to worry about making a perfect tone,” Southern explained. “We didn’t want this to be a film of an opera on stage. We wanted it filmed like a movie.”

In a final bold stroke, the CIM Opera Theater design team embraced the immersive and atmospheric Westinghouse factory setting by placing the story in the not-so-distant time and place rife with many of the same problems society faces today, including economic disparity, widespread misinformation and addiction to technology.

Ironically, the internet is where the production may come to reside. After the Mixon Hall screening in March, Southern said CIM is planning additional showings of the film at Cleveland-area theaters before ultimately making it available to the public online.

“The imagination, the energy everybody brought to this project was just amazing,” Southern said. “To me, it feels like a love letter to Cleveland.”

Learn more about the screening and reserve your tickets.