After his win of the 2013 Cleveland International Piano Competition on Saturday night at Severance Hall, the first congratulatory message Stanislav Khristenko received came from his former teacher and mentor Sergei Babayan, the 29-year-old pianist told WCLV during an interview with Jacqueline Gerber on the station’s morning program. 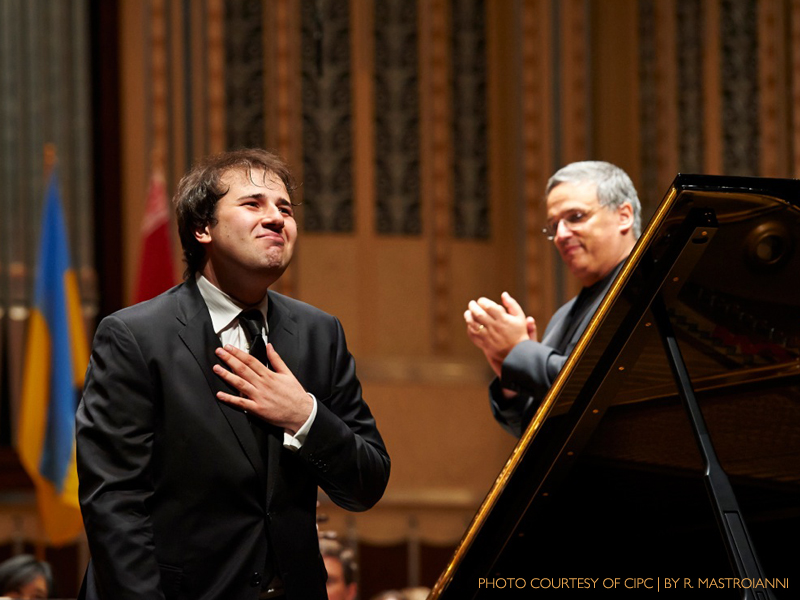 “I was really touched by that,” Mr. Khristenko said more than once during the interview, adding that Mr. Babayan has been touring extensively this summer and must have been following the competition broadcast online.

Mr. Khristenko, who earned an Artist Diploma in 2011 under the tutledge of the world-renowned pianist at CIM, impressed the jury as well as Cleveland Plain Dealer writer Zachary Lewis—again—who called the performance “the most distinctive by a wide margin.”

“Ultimately, the jury selected one man, Russian Stanislav Khristenko, the winner,” wrote Mr. Lewis recounting the final four performances of the 2013 CIPC. “It was the right decision. Khristenko’s electrifying performance, the last of the four, of Brahms’ Piano Concerto No. 1 Saturday evening at Severance Hall did indeed stand out on several key measures.”

The win earned Mr. Khristenko a monetary prize as well as a contract to record a CD, an opportunity to perform in recital at Carnegie Hall and three years of professional management. In addition to taking top honors overall, Mr. Khristenko was recognized for best performance of a work by Beethoven, according to the CIPC news release.