“This conducting roster is the highest profile and most diverse in CIM’s distinguished 98-year history,” said President & CEO Paul W. Hogle. “We invited artists who will curate meaningful experiences for our incredibly talented current students and what is shaping up to be a breathtakingly accomplished incoming class next Fall. These men and women will bring to CIM’s podium a range of backgrounds, experiences and pedagogical approaches which will make for an engaging and exciting year of music-making.” 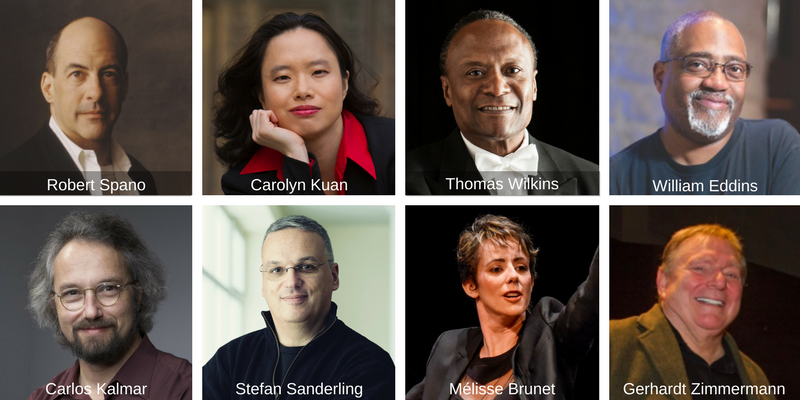 The eight esteemed conductors, in order of appearance, are:

“To have secured this level of talent – conductors who lead artistically significant orchestras and hold prestigious positions at institutions of higher learning – for the 2018-19 school year is a real testament to the Cleveland Institute of Music’s reputation as an extraordinary training ground for orchestral players,” said Chief Academic Officer & Dean of the Conservatory Dr. Judy Bundra.

“Following Carl Topilow’s retirement from CIM later this month after 37 distinguished years on the podium, we felt it was vital to offer our students the opportunity to work with some of today’s many other superb conducting talents. Each brings a fresh perspective and unique musical voice that will challenge and inspire our students to new heights.”

These eight guest conductors join a list of luminaries who have conducted and coached the CIM Orchestra in recent years, including JoAnn Falletta, Michael Tilson Thomas, Jahja Ling and Brett Mitchell.

All concerts are free and open to the public; some program and ticket information will be announced at a later date.